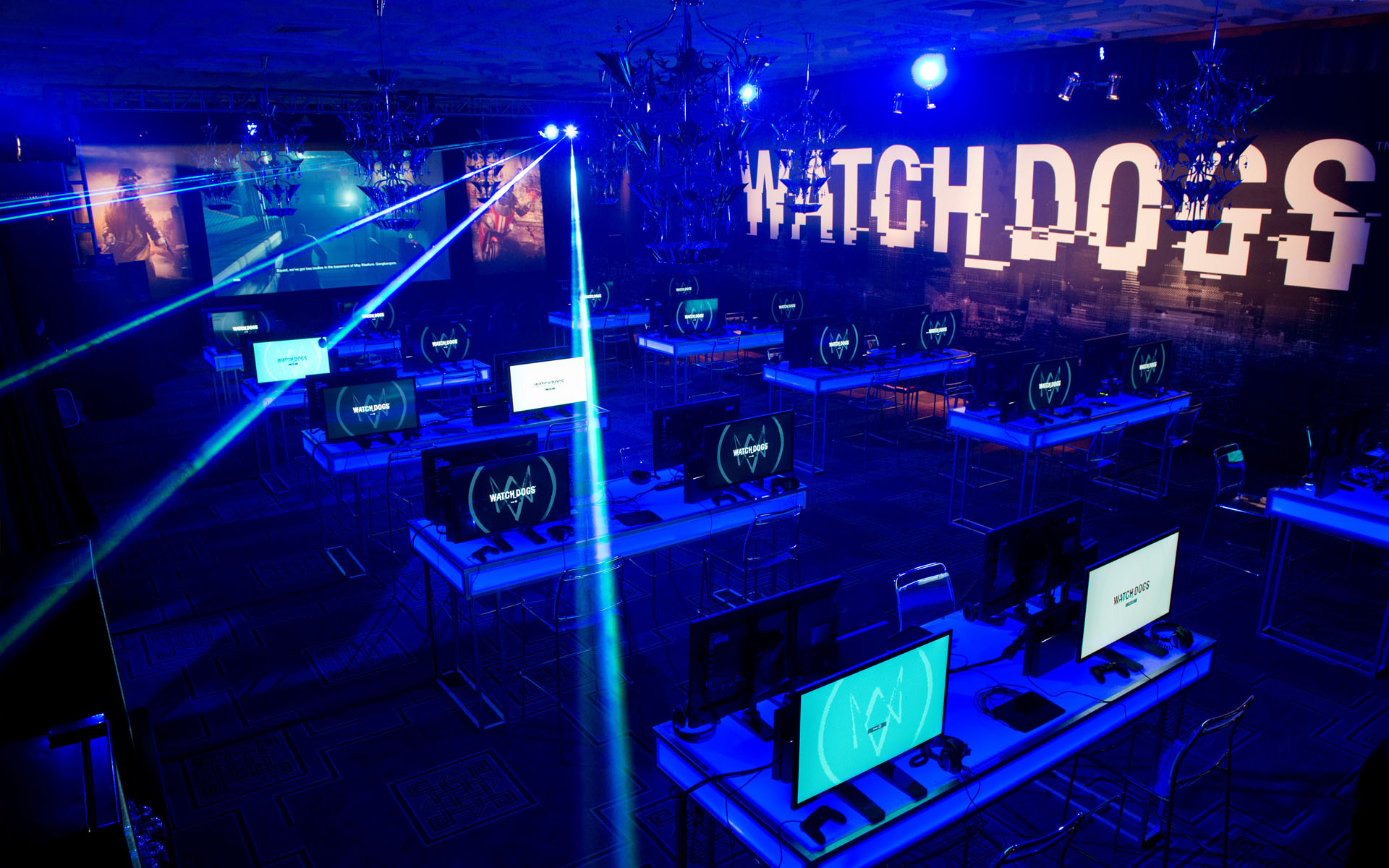 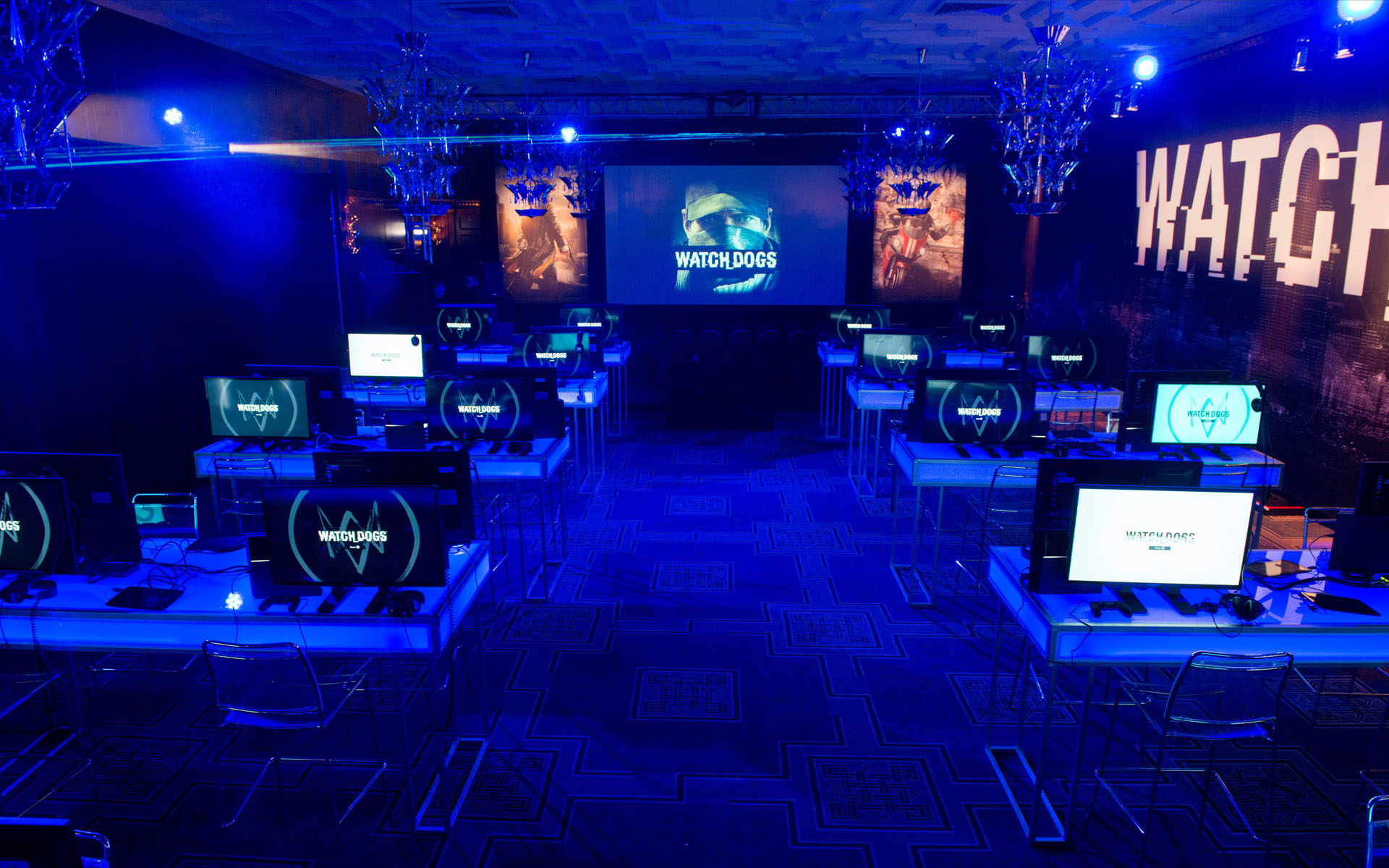 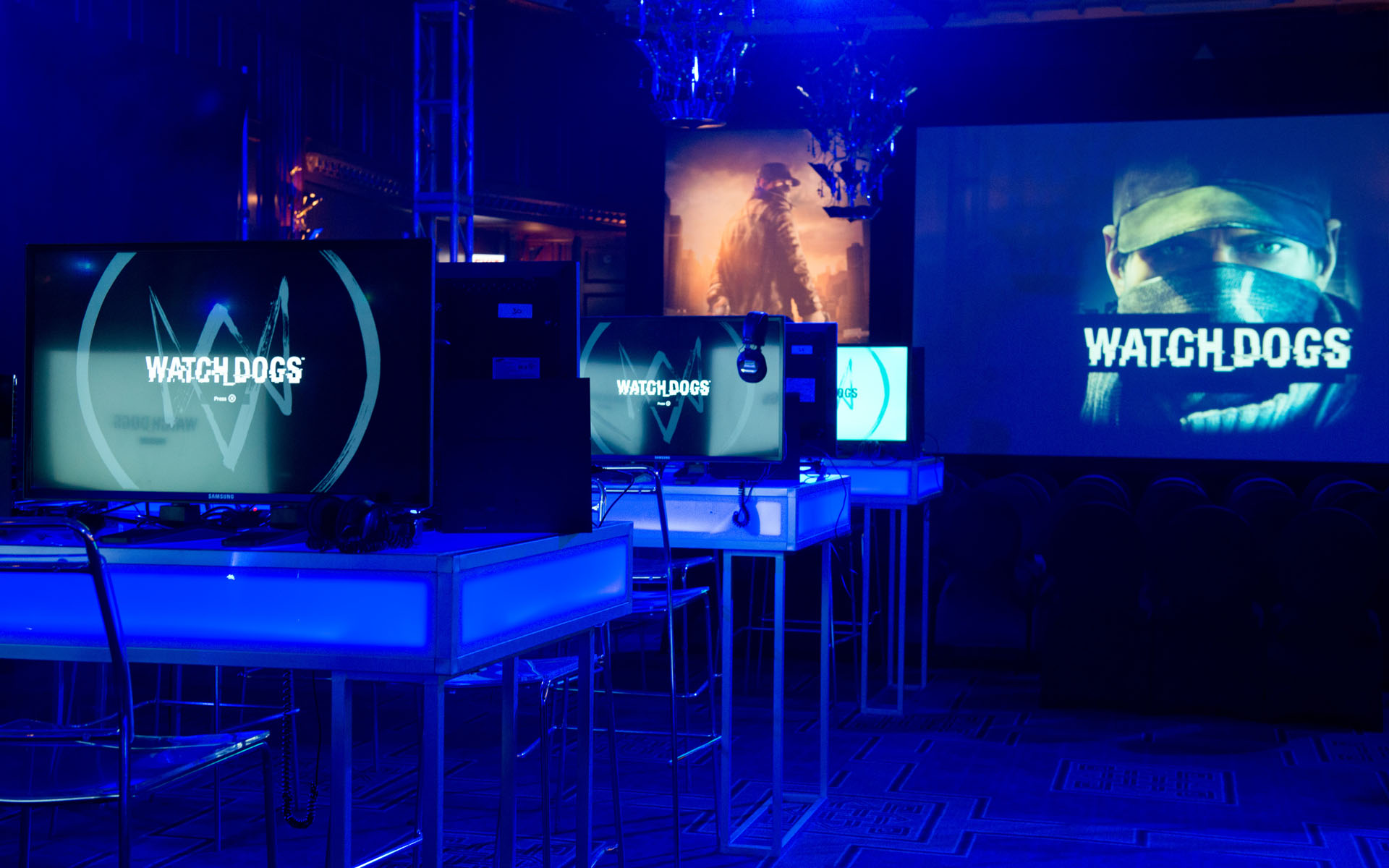 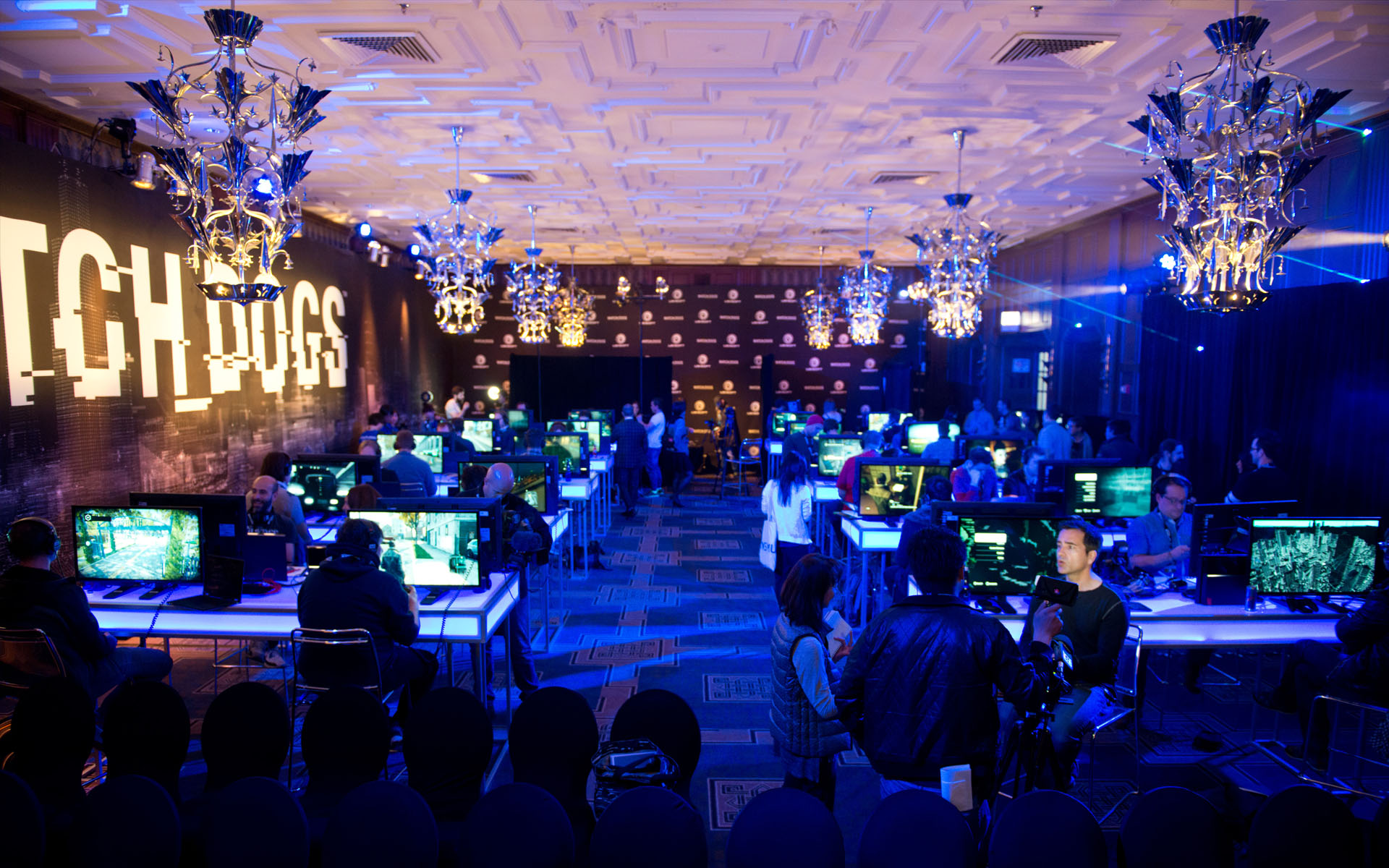 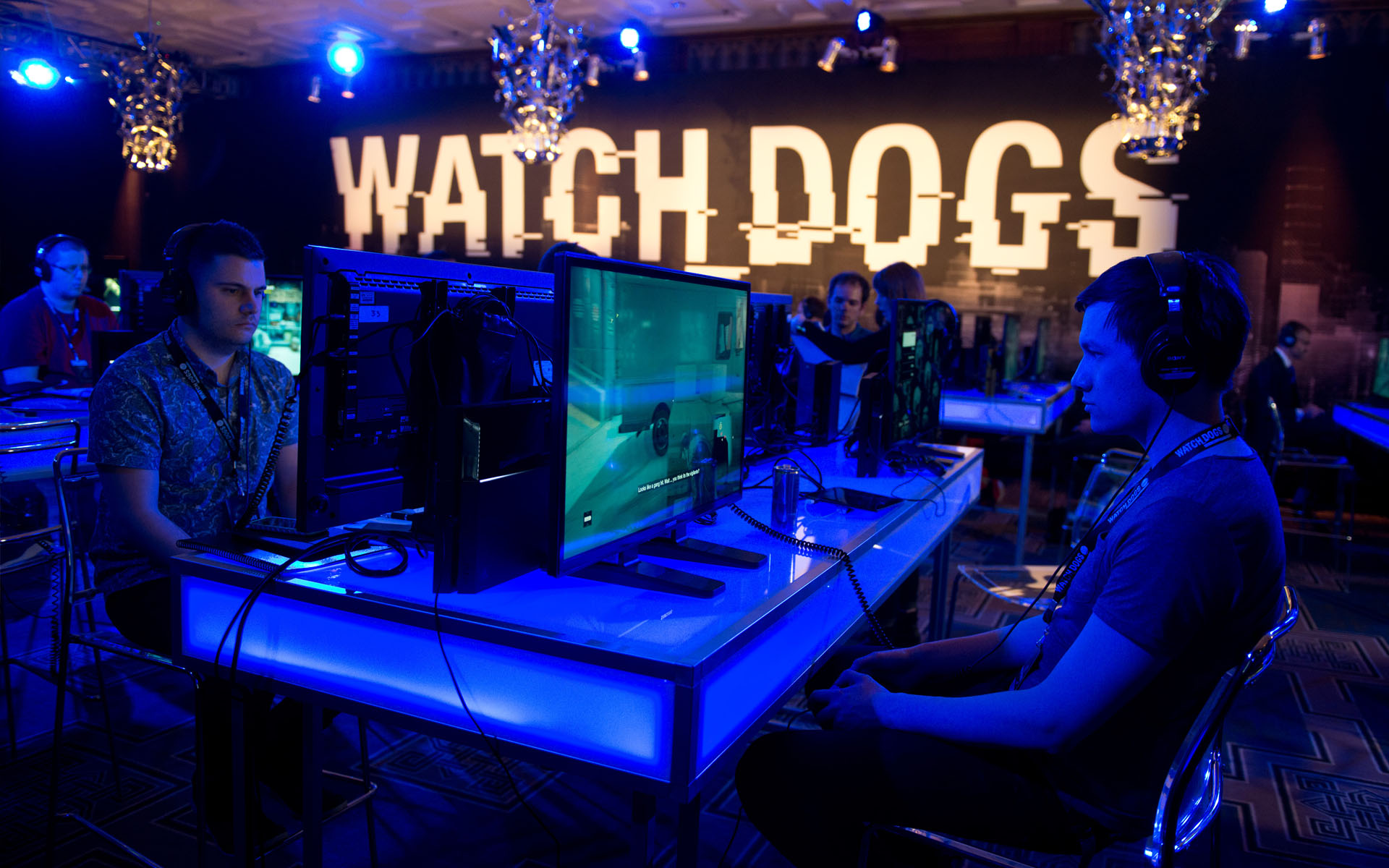 Ubisoft video game publisher out of Paris tasked Eventmakers with producing a multi-day worldwide press event and launch of the most anticipated video game of 2014, WATCH DOGS. The backdrop for the open world video game is Chicago, so the obvious location for the event was the Windy City. A high def. presentation and 40-networked PS4 hands-on gaming stations offered the press a sneak peak and game play of the new title. An enormous 80’ wide seamless printed scrim backdrop with the game logo artwork was the focal point of the event. Mirrors and blue lasers were rigged in the event space to emulate “hack mode”, which is the main aspect of the WATCH DOGS game. Eventmakers created a perfect on brand environment to showcase the new game. In addition to the actual event space, Eventmakers coordinated an exciting city tour of Chicago for press to experience the city and conduct interviews for TV, radio and print with Chicago landmarks featured in the game as the backdrop. The tour utilized chartered buses and boats to move the group through the city. The tour kicked off with an architectural boat ride followed by a walking tour of the city, lunch at a famous eatery and ended with a trip up Willis Tower. One evening, press partied at a hosted cocktail party in a rooftop nightclub. The venue was themed out with custom embroidered pillows and signage with the Watch Dog logos and imagery. 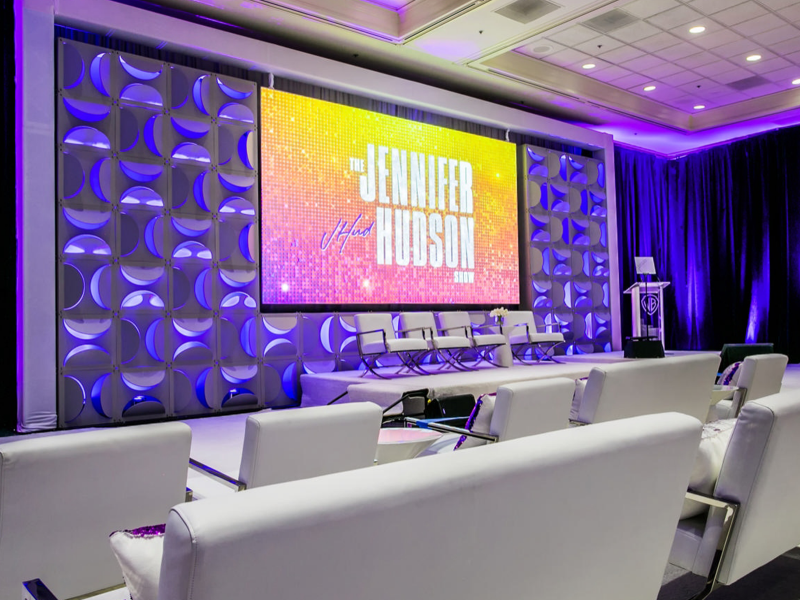 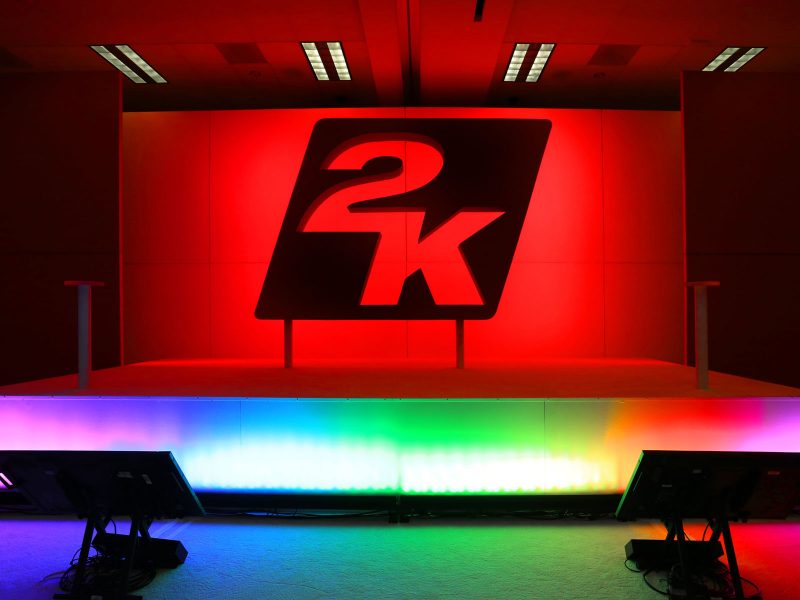 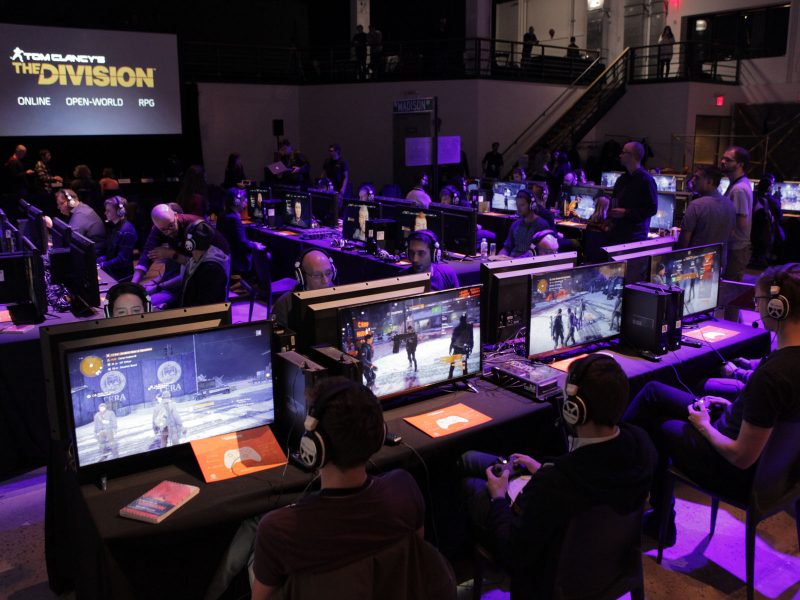 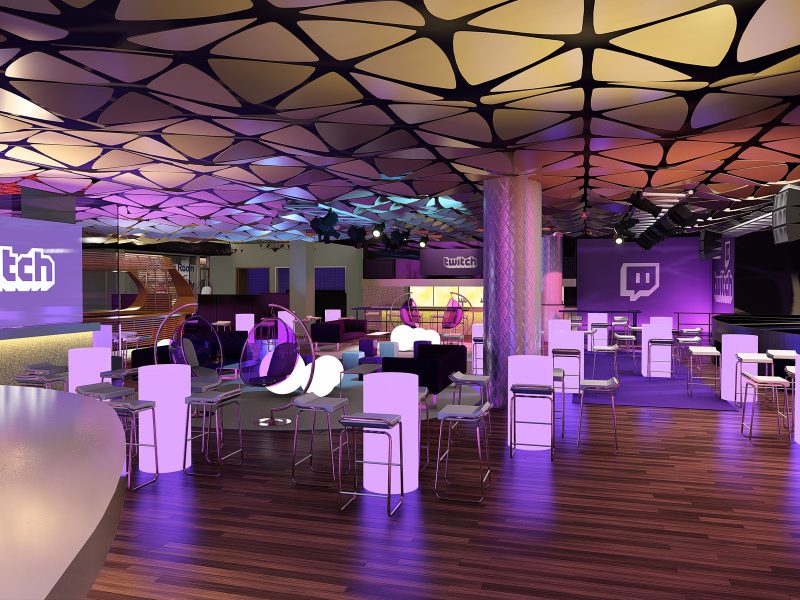